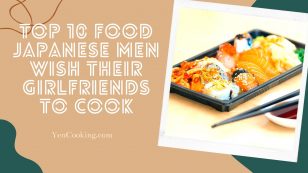 Chicken katsu, also known as panko chicken, or tori katsu is a Japanese dish of fried chicken made with panko bread crumbs which is also popular in Australia, Hawaii, London, California, and other areas of the world. Sourced by Wikipedia

A Hamburg steak or Salisbury steak, made with chopped onions, breadcrumbs and egg mixed with the ground meat and called hanbāgu. It is pan-fried and served on a plate, often with a rich sauce, and is meant to be eaten with plain steamed rice rather than in a bun. Sourced by japantimes

Nikujaga is a Japanese dish of meat, potatoes and onion stewed in sweetened soy sauce, sometimes with ito konnyaku and vegetables. Generally, potatoes make up the bulk of the dish, with meat mostly serving as a source of flavor. It is usually boiled until most of the liquid has been reduced. Sourced by Wikipedia

Omurice or omu-rice is an example of yōshoku consisting of an omelette made with fried rice and thin, fried scrambled eggs, usually topped with ketchup. It is a popular dish both commonly cooked at home and often found at western style diners in Japan. Source by Wikipedia

Miso soup is a traditional Japanese soup consisting of a stock called “dashi” into which softened miso paste is mixed. Many ingredients are added depending on regional and seasonal recipes, and personal preference. Source by Wikipedia

Karaage (唐揚げ 空揚げ or から揚げ, [kaɾaːɡe]) is a Japanese cooking technique in which various foods—most often chicken, but also other meat and fish—are deep fried in oil. Source by Wikipedia

Gratin is a widespread culinary technique in which an ingredient is topped with a browned crust, often using breadcrumbs, grated cheese, egg or butter. Source by Wikipedia

Nimono (煮物) is a simmered dish in Japanese cuisine. A nimono generally consists of a base ingredient simmered in shiru stock flavored with sake, soy sauce, and a small amount of sweetening. source by wikipedia

Japanese cream stew is characterized by a cream or dairy-based broth that is slightly thickened and includes traditional proteins such as chicken or pork. Other proteins that may be included are fish (white fish or salmon) or seafood (shrimp) and vegetables. Commonly used vegetables are potatoes, carrots, and onions. Source by thespruceeats